The Iguazu Falls are committed to Sustainable Tourism

In the city of Puerto Iguazu was signed an act between the group of Ecotourism and representatives of 12 institutions of the Province of Misiones in order to develop sustainable tourism in the region. 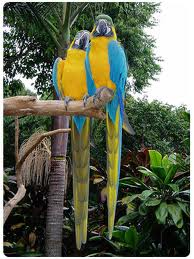 It was held in La Aldea de la Selva Lodge of the city of Puerto Iguazu the signing of the Act “Commitment initial compliance checks global sustainable tourism criteria of the company Rainforest Alliance” between the Undersecretariat of Ecotourism, represented by the Magister. Fabio Zappelli, and representatives of 12 institutions of the Province of Misiones: Sheraton resort Spa, American Portal del Iguazu, La Cantera Jungle Lodge Iguazu Jungle Lodge, Yacutinga Lodge, Posada Puerto Bemberg, Tacuapi Lodge, Wedge Piru Lodge, Ytororo Lodge , Yucuma Lodge, Shelter Mocona and Hotel Saint George.
In this sense, the Mgter. Fabio Zappelli said “this is the realization of an old dream of the Province started in the first public mission – privately sent to Costa Rica by Carlos Rovira”. It is the beginning of a verification process to 12 establishments once approved by Rainforest will add value to both missions and companies with strong positions worldwide in terms of sustainability. Also, the Undersecretary of Ecotourism Missions asserted that today leads from tourism sustainability process in Argentina. For his part, Juan Manuel Posada Puerto Bemberg Zorraquin added, “the province is positioned with a solid product with characteristics of global sustainability criteria.”

Although this experiment was conducted in several countries in Latin America, Central America, including Ecuador and Peru, Missions will be the first province of Argentina specify the path to sustainable tourism development. All representatives of the hotels that signed the agreement expressed their gratitude to the provincial government’s efforts and expressed their satisfaction with the project.