Culture and nature in Iguazu falls. 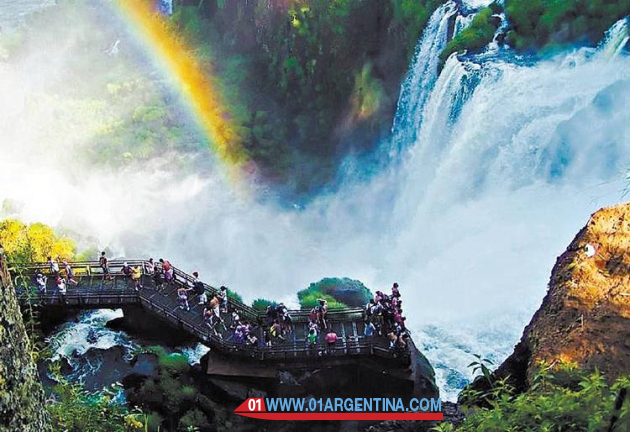 With this new proposal, Tourism Misiones invites you to a different adventure: the full contact with the environment and the reductions founded by the parents of the Company of Jesus and inhabited by the Guaraníes about 400 years ago in this province. They will be 47 kilometers with two nights in hotels.

The package in Iguazu falls tours offers Argentine and Brazilian Sides. A bicycle experience, visiting the Theme Park of the Cross, Guaraní communities and three Jesuit reductions: Santa Ana, Nuestra Senora de Loreto and San Ignacio Miní. All with the incredible natural environment that provides the rainforest and streams. The circuit includes rural roads, missionary farms, yerbales and the tranquility of the missionary mountain.

Everything will begin with the transfer from Posadas to the Theme Park of the Cross, in Santa Ana. There you will find your mountain bikes, with additional kit composed of mineral water, cereal bars, map of the route, distances, points of interest and short Descriptions of each place.

Around noon they will leave for the Jesuit mission of Santa Ana, passing through a Guarani community. It will be 10 kilometers of route, six asphalt and four of land, which are done in an hour and a half, with a level of difficulty of 2/3.

After visiting it will continue to Loreto, crossing rural roads, farms, yerbales, in a landscape of mountains and various dirt roads. This stage has 15 kilometers, lasts three hours and the level of difficulty is 3. Thus they will arrive at the cabins Nuestra Senora de Loreto, where they will dine and make night.

The following morning, the package The Road of the Jesuits in Misiones plans to leave for the Jesuit mission of Our Lady of Loreto, located in the middle of the missionary mountain. They will take a guided tour including archeological work areas. After noon they will leave for San Ignacio, and will travel 22 kilometers of rural roads and countryside areas, crossing three streams, overlooking the typical gallery mountain of the region and a yerbatero establishment. This stage will require four hours and has a level of difficulty 2. Around 16.00 you will arrive in San Ignacio and stay at the Adventure Hostel. Later they will tour the interpretation center and enjoy the spectacle of image and sound.

On the third day, after breakfast, there will be time to visit the mission of San Ignacio Miní by day, or opt for some of the routes that can be done by bicycle: such as going to Horacio Quiroga’s house or even a Guarani community.

To take into account: Puerto Iguazú is located to the northwest of the Argentine province of Misiones. The Falls are located 17 km from this town, on the border between Argentina, Brazil and Paraguay; 1350 km north of Buenos Aires, capital of the Argentine Republic; And 300 km from Posadas, capital of the province of Misiones.- At the entrance to the Iguazu National Park is the Visitors Center, which has two thematic rooms detailing the biodiversity of the jungle and the region’s culture. – The Tren de la Selva borders the Iguazu River allowing the visitor to move comfortably inside the Park, reaching to the entrances of walkways and attractions of the place.

The Iguazu Falls are located within the Iguazú National Park, and it is there, on the border with Brazil, where the river enters a geological fault that forms a huge crack and as a consequence its waters literally fall to the void. These jumps reach almost seventy meters high, resulting in wonderful visuals.