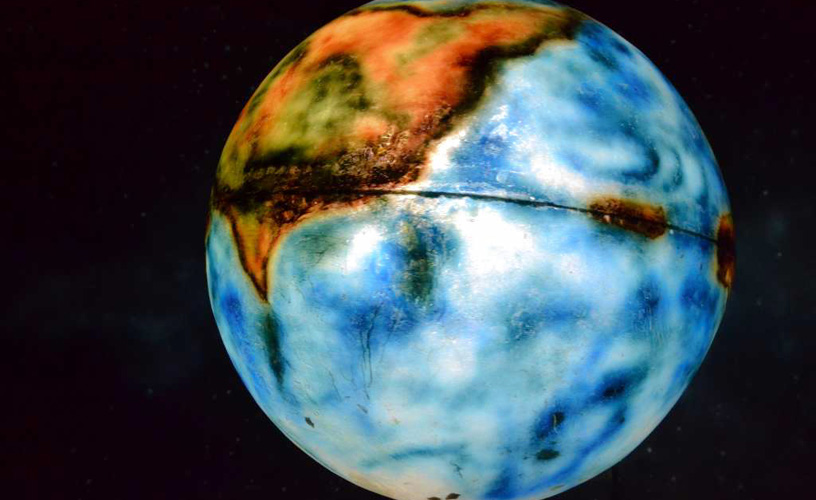 Puerto Iguazu is growing well, and that is manifested by the addition of new tourist attractions that the city proposes to relate the prodigious nature that surrounds it. Such is the case of Cultures Park.
Designed by its creators as a space where visitors can get in touch with the best of the missionary culture and charms of the Orient, Culture Park of Iguazu is one of the newest attractions in the city.

The idea is to learn and, above all, be to remember an often unexpected knowledge of the area, regional cultures that are still part of the whole area surrounding las Iguazu Falls and East, distant land that blends perfectly and harmonious with the missionary province.

What will the visitor find Cultures Park? Just hear those who lived this unique experience to hear their own voices anecdotes sound and light show on the history of the principle of planet earth and the formation of gemstones, among many other experiences that allows the visit.
a first stop is a multimedia presentation on regional and Oriental cultures.

Subsequently, the ride has three distinct themed areas: the first, where tourists can learn and acquire typical of the province of Misiones crafts; the second space is intended to Eastern cultures, both for its unique architecture and by the quantity of items, brought all of East selected to be admired by visitors; in the third space the idea is to have a jewelry and mineral museum, where you can buy parts and also learn everything concerning the world of minerals.

Beyond the world of the stones and the prodigious nature around us, a Japanese garden allows us to relax and contemplate a perfect zen space to forget the world, close even the eyes and then open them and think we’re on the other side of the planet, in Japan, for example.

For all this, Cultures Park is a space distinct and beautiful at the same time.

Useful data
The walk is open Monday through Sunday from 9:30 to 18:30 pm. The estimated travel time is one hour. Remember that it is an attractive outdoor. If there is rain or threat of storms bring umbrella and pilot. Repellent are recommended.

Museum Images of the jungle

Large pieces performed masterfully represent Aboriginal skills and abilities which allowed them to survive the hostility of nature.
In Puerto Iguazu, the dentist Rodolfo Teofilo Allou has left an artistic and cultural legacy of magnitude. His passion for wood carving and at the same time for the life of the highly endangered gave foot to develop artworks. so did the Museum of Images of the Jungle.

Allou was self-taught and worked in his workshop with native woods. Among the characters who lived on Fronds, he portrayed a pregnant aborigine, to the original professions and details of the life of the Jesuit missions. Guarani legends figures and animals of Iguazu were carved by their hands to be remembered forever.

We drove around to discover the work done with the right tools on the whimsical shapes of some roots, lianas and wood found in the forest. All material is classified and displayed with affection Allou put into each piece.

Some popular characters like Jorge Cafrune and Horacio Quiroga, another lover of wild nature, were perpetuated in the noble wood working Allou.

On the outside of the museum we could travel the jungle trail, for which got deep walk among native species whose moisture and fragrance accompanied the tour. Arriving at Panambí stream, some members of the group decided to use the waters for a refreshing bath. In turn, near the Iguazu River we visited a chapel also keeps carvings author.

Personal human quality of Rodolfo Allou was captured in these rooms that make up a dynamic and very attractive museum. In the same premises they coexist in harmony works of art and the forest so dear to the artist.