Tours in the province of Misiones 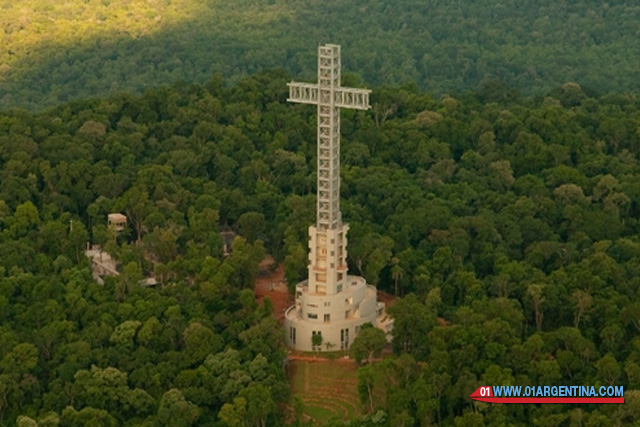 The biggest attraction of the town, what are the gemstone mines of wanda. This natural wealth was discovered accidentally by Bogado Amalia, wife of Victor Enebelo, who was cut with a gemstone to introduce their hands deep creek where did the laundry. Years later his sons, Higinio and Hector Enebelo, made an exploration on the ground and found the existence of a mine immediately registered with the Directorate of Mines and Geology and gave the name of Irupé Forest.
Another point of cultural interest in the city, it is the Historical Museum, Our Lady Falls. On August 15, the anniversary of the foundation is celebrated with a memorial. Another event is the fiesta held in the first church founded by Polish immigrants, the Church of Czestochowa, a picturesque chapel, located in the industrial district of the town.

The theme park of the Cross is located on Cerro Santa Ana, 360 m above the sea level. It covers an area of ​​57.5 hectares of native forest pure missionary, with waterfalls, native tree species, birds, natural viewpoints and particular attractions. A space that combines pure nature with architecture in perfect balance, facilitating access and tours through trails and paths.
Theme Park proposes direct contact with nature. It invites conduct tours through the natural forest trails, outdoor activities, ecumenical religious celebrations, cultural events, bird watching and knowledge of flora and fauna.
On the hilltop, as the main attraction, he rises “La Cruz de la Selva”, an iron structure 82 meters which allows access to a panoramic view of unparalleled beauty.
The base of the cross building cherishes the “Theatre de la Selva”, an amphitheater with special lighting and acoustical treatment.
Behind the cross and around a bioplaza is the butterfly, an ecosystem specially prepared to achieve the reproduction of species in good condition. There, visitors can see butterflies in flight and recognize their full lifecycle.
Also located on Orchid, a space for knowledge of these specimens of native flora. It opens a path on the mountain and allows two routes: one of full contact with nature; the other, reflection and meditation.
The park is complete with a restaurant with the best cuisine.

Posadas is the capital of the province of Misiones, located on the left bank of the Parana River, southwest of the province. It is the most populous city of Misiones, its administrative, commercial and cultural center, and one of the cities with more activity and growth across the region.
The bridge San Roque González de Santa Cruz, lying on the Parana River, the city joins the Incarnation, in the Republic of Paraguay.
Posadas is considered a gateway to the missions and the jungle, and mainly as a cultural center of excellence: art, music, literature, popular demonstrations and religious beliefs come together in a city that offers the visitor walks through its extensive waterfront, one wide range of restaurants, hotels and entertainment.
La Bajada Vieja, historic place where the port activity of the beginnings, the Botanical Garden, the convention center and events, the City Park, the Republic of Paraguay Park, Manuel Antonio Ramirez Municipal Amphitheatre, the Cathedral was forged, the market “La Placita” (at Av. Roque Saenz Pena), the Market Bridge, Government House, Plaza 9 de Julio, Plaza San Martin and the Bosetti walk (with its craft fair), among others, its landmarks.
A variety of museums with historical samples of Missions and the passage of the Jesuits by these earth, plus some theaters and the Knowledge Centre complete the cultural offer. You can also enjoy the evening in the city, in its many bars, restaurants, pubs, discos and casino.
Furthermore, in the waters of the Parana all kinds of water activities such as boating, boats, jet skis and fishing are practiced. Middle Island is another attraction, with scheduled trips by boat to enjoy the sun, the green and its beaches.